Altogether, eight pillars of Florida’s engineering community received top industry awards and designations during a ceremony held in conjunction with the FES Annual Conference in Orlando.

“Florida is fortunate to have highly talented engineers that have been designing and shaping Florida’s future, and we’re pleased to honor their excellence and achievement in this industry,” said Allen Douglas, Executive Director, Florida Engineering Society.

Engineer of the Year 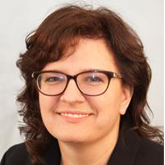 Michelle Rambo-Roddenberry, P.E., Ph.D. of Tallahassee was named the 2022 Engineer of the Year. Dr. Rambo-Roddenberry is the Associate Dean for Student Services & Undergraduate Affairs at the FAMU-FSU College of Engineering, Florida A&M University – Florida State University. Dr. Rambo-Roddenberry’s service with FAMU-FSU College of Engineering began in 2006, teaching concrete design classes, conducting practice-oriented research to improve standards and practices governing bridge engineering and extending the service life of bridges through new materials and improved construction techniques. She launched the semi-annual Order of the Engineer Ring ceremony in 2007 – a ceremony that is now an official part of the college’s Launch graduation recognition. She has been practicing engineering for 28 years.

Young Engineer of the Year 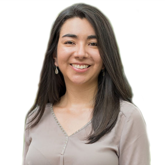 Catalina Lopez-Velandia, P.E. of Doral was named the 2022 Young Engineer of the Year. Lopez-Velandia, 32, is a Senior Principal Engineer with Nova Consulting where she develops computer modeling engineering design, including hydraulic modeling to support development of a variety of water, waste water and water resource projects.

Two engineers were awarded with Outstanding Service to the Engineering Profession. This award is given to individuals who have had a significant, positive impact on the engineering profession throughout their career.

Outstanding Service to the Engineering Profession 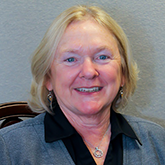 Judith M. Hayden, P.E. of Tallahassee, President/Owner of Environmental and Geotechnical Engineering, Inc. (EGS). For 35 years, Hayden has been an active member of the engineering profession, is a previous Engineer of the Year for the local chapters of FES and the American Society of Civil Engineers (ASCE), and has been designated a Fellow Member by the FES. She has established several endowed undergraduate scholarships for first generation minority students at Florida A&M University/Florida State University College of Engineering, the University of Dayton, and statewide scholarships administered through the Florida Section of ASCE and the Florida Engineering Foundation. 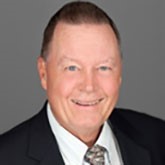 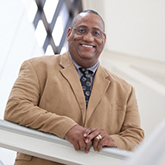 Dr. Charles Davis, Jr., Professor at Valencia College since 2003. Dr. Davis has taught various courses in pre-engineering, mathematics, quality assurance and test methods, engineering management, communications, ethics and probability, and statistics for engineering technology. Dr. Davis has over 27 years of extensive experience in both the public and private sectors consisting of project management, leadership and quality assurance. He earned a Bachelor’s degree in Design Engineering, a Master’s degree in Industrial Engineering with a concentration in Engineering Management, and a PhD in Industrial Engineering from the University of Florida.

Additionally, four engineering leaders were designated as Fellow Members of FES for their high character and distinguished achievements. 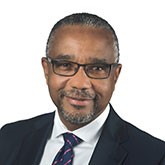 Ronald M. Colas, P.E., SI, of Pembroke Pines. Mr. Colas has 34 years of professional engineering experience, business development and management, and is Vice President of Strategic Growth for Jacobs in Fort Lauderdale. Throughout his career, he has managed and completed a wide range of large civil engineering and transportation contracts. He was recently inducted into the Academy of Civil Engineers of Missouri Science & Technology University, and was named the 2016 Florida Engineer of the Year. 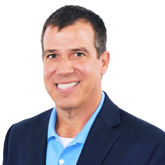 Michael J. DelCharco, P.E., CFM of Jacksonville. Mr. DelCharco is a highly regarded water resource professional, who began his career as a hydrologist for the USGS, and now serves as Senior Vice President for Taylor Engineering, Inc. He has been giving back to the engineering profession for more than 21 years, and inspiring future engineers through his relationships with FES student chapters at the University of North Florida, MATHCOUNTS®, and ACE mentoring. 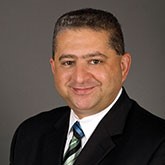 Shahin Hekmat, P.E. of Miami. Mr. Hekmat has been sharing his engineering design and project management experience for more than 30 years in both the public and private sector. He has been a tireless advocate of the engineering profession and science education, donating much of his time to speaking at local high schools and colleges. He’s a frequent guest lecturer at the University of Miami’s College of AEC Senior Design Class, and is an adjunct professor at Florida International University’s School of Architecture.